Can a Court make Temporary Orders For Children to Relocate, ie Move Away? 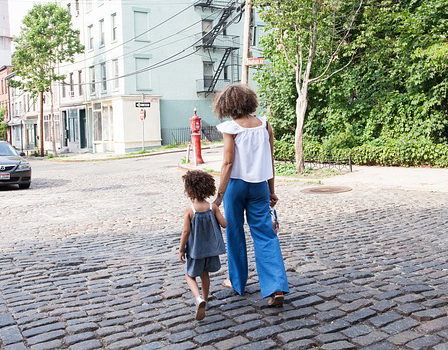 So called Move away cases are inherently complicated and difficult as it generally means one parent will no longer be part of the children’s daily lives. Courts are frequently asked to decide if a parent should be allowed to take the children with them when they relocate to an area far enough away to make a joint physical custody plan unreasonable, called a Move-Away.

Often one parent is in a hurry to relocate due to job offers, home purchases, new spouse relocation, etc. However, a move away case can take a substantial amount of time to resolve due to the mandatory custody evaluation or mediation, and frequently an expert conducts an evaluation and drafts a report and recommendation for the Court. This lengthy delay can be very frustrating for the parent requesting to relocate with the children. Some courts are sensitive to this frustration and will grant a parent’s request to relocate before the finalization of the move away request.

The practice of issuing so called “temporary”, “interim, nonappealable”, or “without prejudice” move away orders has been condemned by the California Appellate Court 3rd Division in Andrew V. v. Superior Court, 2015 Cal. App. LEXIS 124 (Cal. App. 4th Dist. Jan. 23, 2015). In the Andrew V. case the trial Court issued what the judge called a “temporary” order for the mother to take the children to Seattle before the father had a chance to cross examine the evaluator or put on any evidence of any kind, despite the trial Court’s recognition of his right to do so. In Andrew V. the trial Court also ignored California Code of Civil Procedure Section 917.7 which mandates a 30 day stay on move away orders, finding that Section 917.7 doesn’t apply to temporary orders.

The appellate Court held the following:

Respondent court erred in construing California law to allow for a “temporary” move-away first and a hearing later. A full adversarial hearing must precede, not follow, any out-of-state move-away order, however denominated. (In re Marriage of Seagondollar (2006) 139 Cal.App.4th 1116 (Seagondollar).)

Adherence to fundamental procedural safeguards is critical in move-away situations, which are among “the most serious decisions a family law court is required to make,’ and should not be made ‘in haste.’” (Seagondollar, supra, 139 Cal.App.4th at p. 1119.) These steps are necessary to facilitate the strong public policy favoring stable custody arrangements between parents who share joint legal and physical custody. (Id. at pp. 1119-1120.)

The appellate Court also held that Code of Civil Procedure section 917.7 applies to even “temporary” move away orders which by their holding forbids in the first place. The Court reversed the trial Court’s temporary orders thus rescinding the mother’s ability to remove the child to Settle.

The Court goes on to discuss how disruptive to children a temporary move-away order can be as children need stability and continuity. This is true in any move away case and keeping the children settled in their current schedules and homes until a final decision can be made is clearly in the children’s best interests. Furthermore, a temporary order disrupts the status quo and sends a message that the Court has made up their mind before hearing all the evidence which violates our most cherished and fundamental rights under our Constitution, the right to due process.

Move –away cases can be extremely difficult, complex, and as you can see from the discussion above lengthy. It is imperative you seek a competent and experienced lawyer to help you with your move away case whether you’re requesting the move away or defending against it. Your children are your most precious asset; don’t let the other side get the upper hand. Contact us now for a free consultation where our experienced staff will help you understand how the complex move away laws apply to you and your family.